IR Could Follow RAGBRAI and Ride Back to Start Town

Instead of competing head to head, the IR could go on the week right after RAGBRAI and ride back to RAGBRAI’s start town. They could call doing both “The Iowa Double Cross” with a special patch for all who did both in 1 year. That way the 2 rides could complement each other instead of battling each other. Maybe some different pass-through and overnight towns on the return trip for some variety. Some riders would love 2 weeks of riding instead of one. Or people who couldn’t make RAGBRAI might get the following week off to do the IR.

I agree that some riders would like to do both, but most people can’t get 16+ days off of work, and all other factors being equal (besides tradition), I think a vast majority of riders would rather ride west to east. I think TJ made it abundantly clear by scheduling his ride during RAGBRAI that he his goal is to supplant it, not play second fiddle. If that proves unsuccessful, maybe your idea is one he should consider.

2 words, retirees & teachers. Plus those between jobs in addition to people who cannot get RAGBRAI off but can get the following week off. Some also want a ride that might be a little less crowded. Then add those that want to follow TJ to IR. Plus IR will hardly get a majority of RAGBRAI riders in the first place. And it would work for most vendors instead having to choose one ride over the other. Lots of advantages for both rides really but more for IR. And to compensate for the prevailing winds, a slightly shorter route.

I think I made the same suggestion in another thread. Another advantage is that some people prefer a loop route and they could have that option by riding part of both rides as long as there was a good connection route between two towns near the middle. Taking separate routes for both rides would give more towns the chance to participate each year and since the end town for one ride would be the start town for the other both of the terminus towns would get the economic love from us that only the start town gets presently. Plus, they may be a minority but there are those who would love to see an east to west ride because they live west of Iowa and if they park in the west town they would not have to drive back across Iowa to get home at the end of their rides.

This is one of many ideas that could be used to make a nice, non-competitive second ride in Iowa. One that would compliment rather than compete. One that would boost Iowa tourism rather than being a zero sum game at best and potentially drive people away at worst. One that allows all vendors to serve all their customers rather than having to choose between them and potentially lay off workers due to smaller numbers of customers. It may seem noble of TJ when he claims to have done what he has done in order to save the jobs of his staff from what are only imaginary layoffs at this point but he takes no thought for the layoffs his decision could produce among the ride vendor’s staffs. He don’t care about them, not so noble after all. Plus, he claims that IR is “not designed to compete with RAGBRAI.” It is hard to imagine how a ride that was designed to compete with RAGBRAI would differ from his plans for IR. I do not believe there is any difference but I do believe IR is most definitely designed to compete with RAGBRAI.

I just wish he would change his plans for IR so that it truly does not compete with RAGBRAI. That would restore my faith in him and it would be a great idea for everyone associated with RAGBRAI. I will never ride the present IR but I would ride a non-competitive version of IR.

brilliant idea!! I wonder how many people would do both rides? I would

This would be an epic celebration of cycling. A lot of us have crossed Iowa on a bicycle, but how many have gone across and back? Not to mention the people who would choose one ride over the other due to schedule, route preference, etc. I like it!

I certainly would do both rides if that were an option.

Start a thread on your idea. Not that it shouldn’t be posted here but it will get more attention from others who think the same as its own topic. And maybe the idea will stick with someone at the DMR or IR.

The logistics part is when the ride ends in a different location then it starts. So a return ride solves that. Matching routes do not.

I like the idea of the back-to-back rides, two weeks long, with ride #1 having transportation from the ending town on the Mississippi back to the same start town. Experienced A and B riders could do the first ride eastward and then choose to “recover” on the second week ride with all the wankers, children & families, and electric bikers. More participation and the towns and vendors could do a repeat performance and everyone could make more money. Towns could clean up in time for the second drove of bikers and local vendors could have a second shot at working the crowds better. More entertainers could be brought on board and vendors/charters/riders wouldn’t have to make a choice between two concurrent rides. Sure people can’t take off two weeks but plenty will have the choices of one, the second one or both. There are often schedule conflicts and this give everyone more flexibility.

OK, so A riders have a hard time going less than 20 mph; B go a bit slower. “WanKers” are people who just love to ride; sometimes they are unaware of holding their line or staying on the right cuz they are slower. Seriously now: If a group of software engineers or product line marketers took their product and made it their own, they would be sued up the wazoo for theft of intellectual property, de facto non-compete violation. Just sayin’. The more I think of this, the more I think the TJ group is guilty of high crime and misdemeanors. Then again, in this time and age, people get away with that. I can see that DMR screwed up in their handling of an issue … but the others have done worse and just used this issue to split off, as is obvious by the fact that they had planned this separation way long before the Carson King thingy happened.

This would be met with resistance by the towns. Businesses that can’t profit from RAGBRAI like car dealers, farm equipment shops, furniture stores, dress shops, etc, will just be quiet, give an extra paid day off to their workers, and close a day. Funeral homes just avoid having funerals that day. That is very expensive and they won’t want to do it twice. One of the towns we visited last year had some businesses that suffered major losses and it probably adds up to more than the town as a whole gains.

I’d want to see the East-to-West ride follow a different route and go through different towns, with just the end towns being the same, creating a giant loop. That way, more towns would get the benefit, and the only town getting hit twice would be the starting town (and given how eager most riders are to leave once the ride is over, I’d assume it wouldn’t be as much of a burden the second time around.)

My thought too Jill. A slightly different route with different towns as much as possible. But a shorter more direct route maybe since its the 2nd week. And forget about extra loops like the gravel and Karras. Or maybe a “Don Kaul Memorial” loop that doesn’t have to make it a 100 mile day but concentrates on some special attraction. 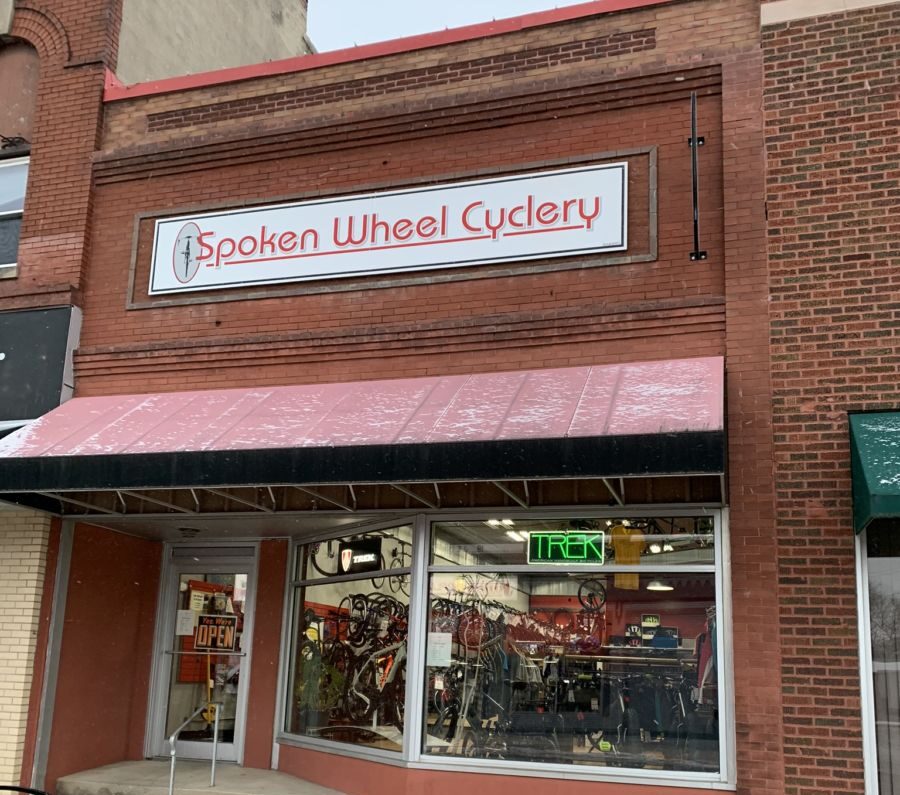 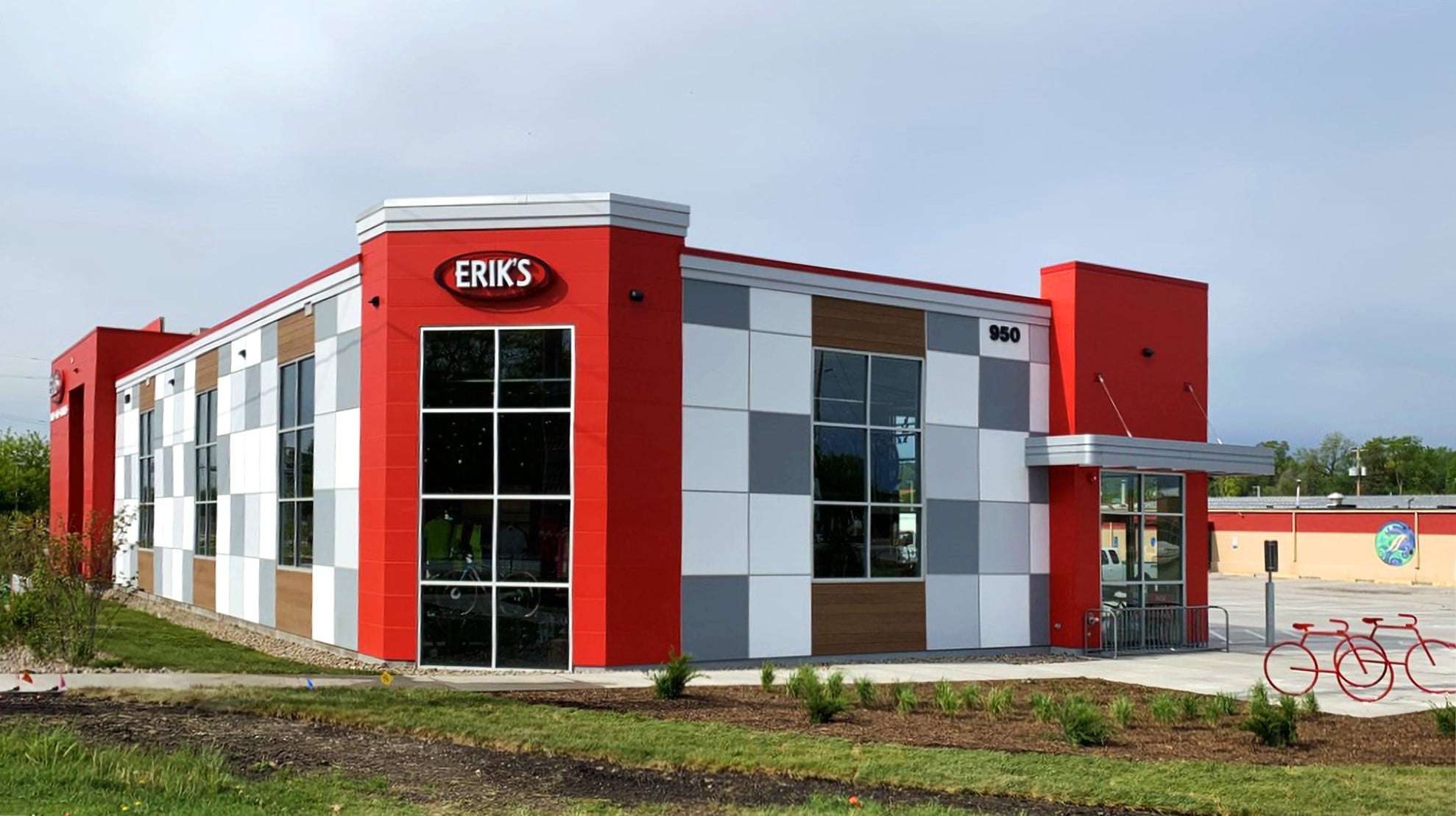 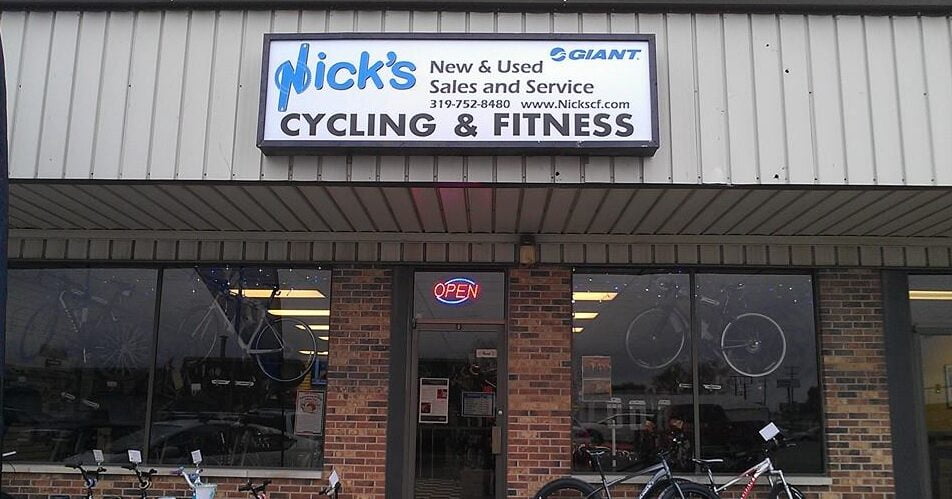 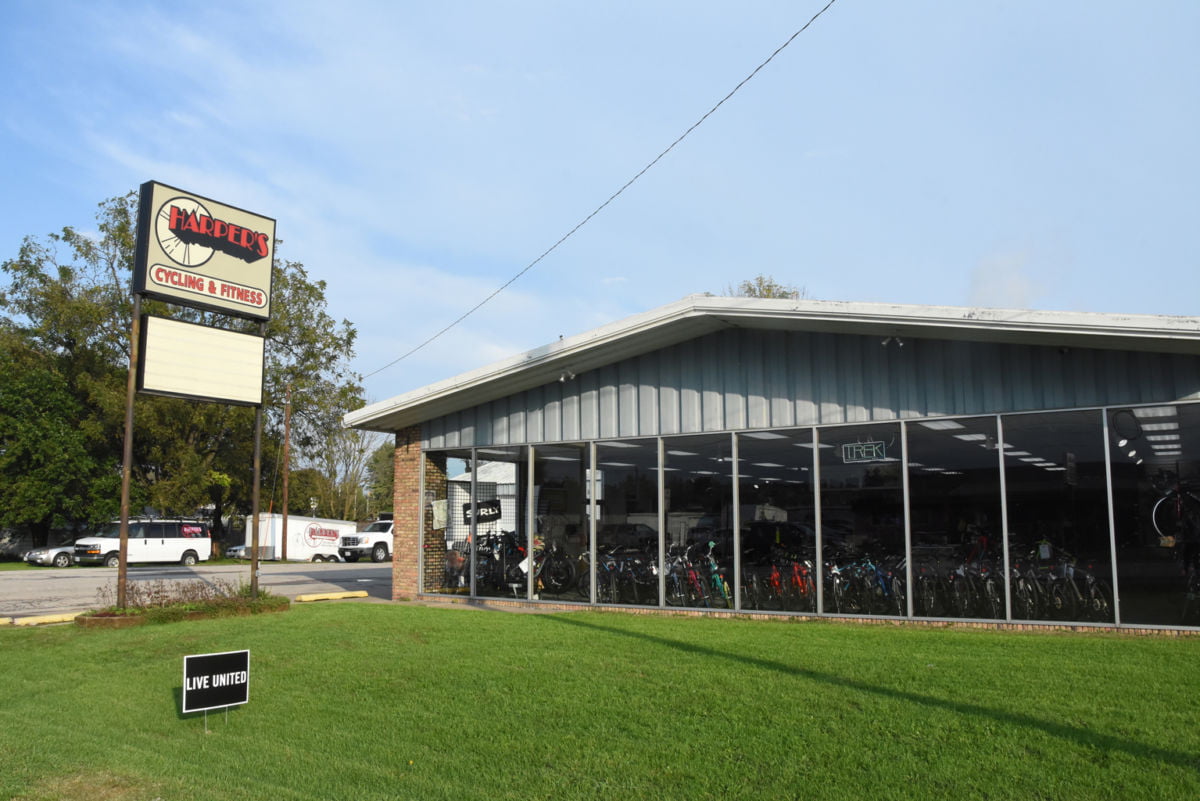 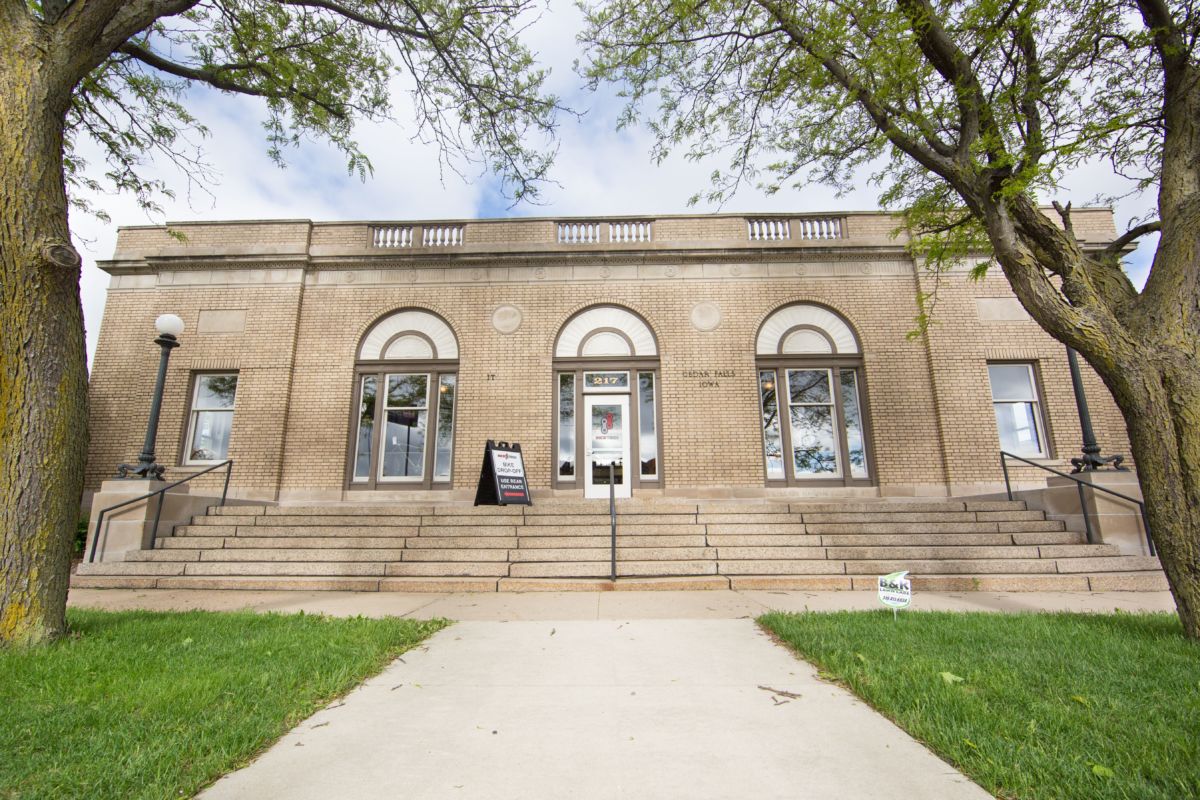 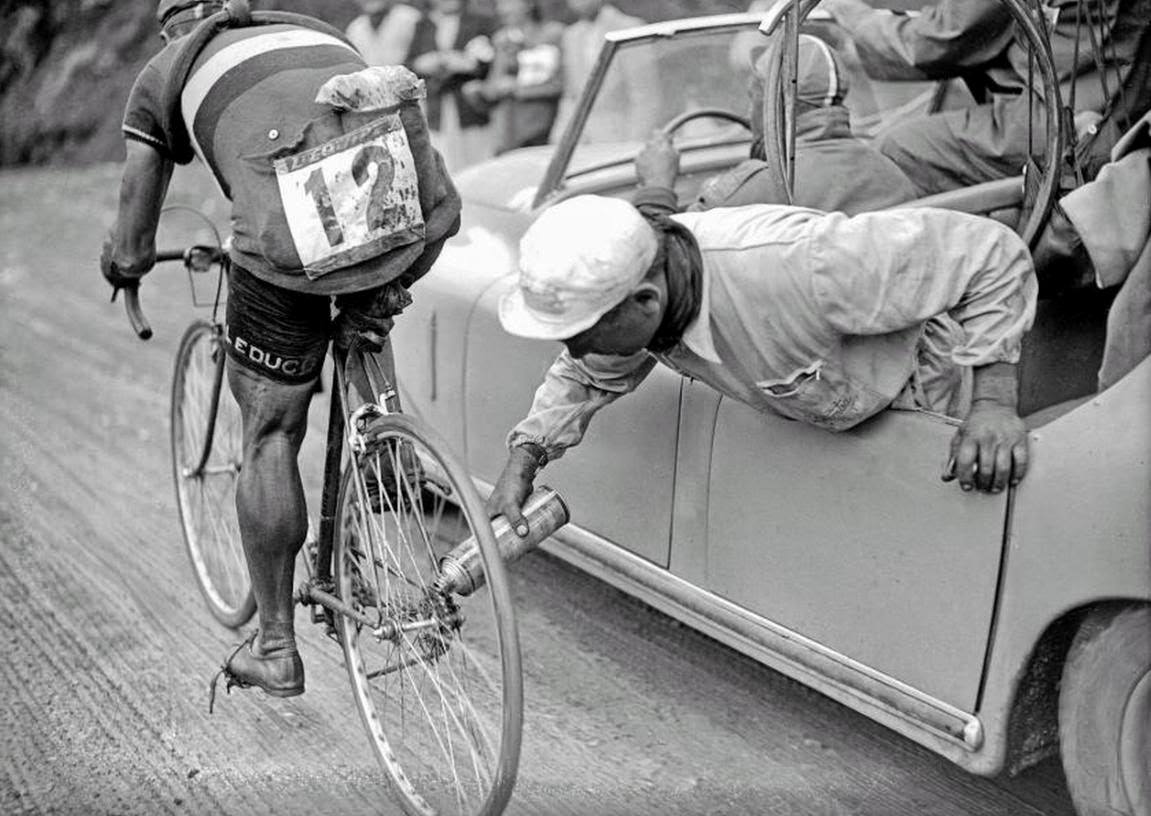 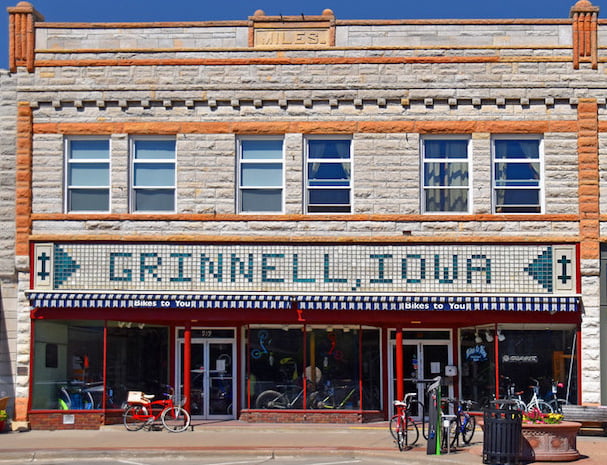 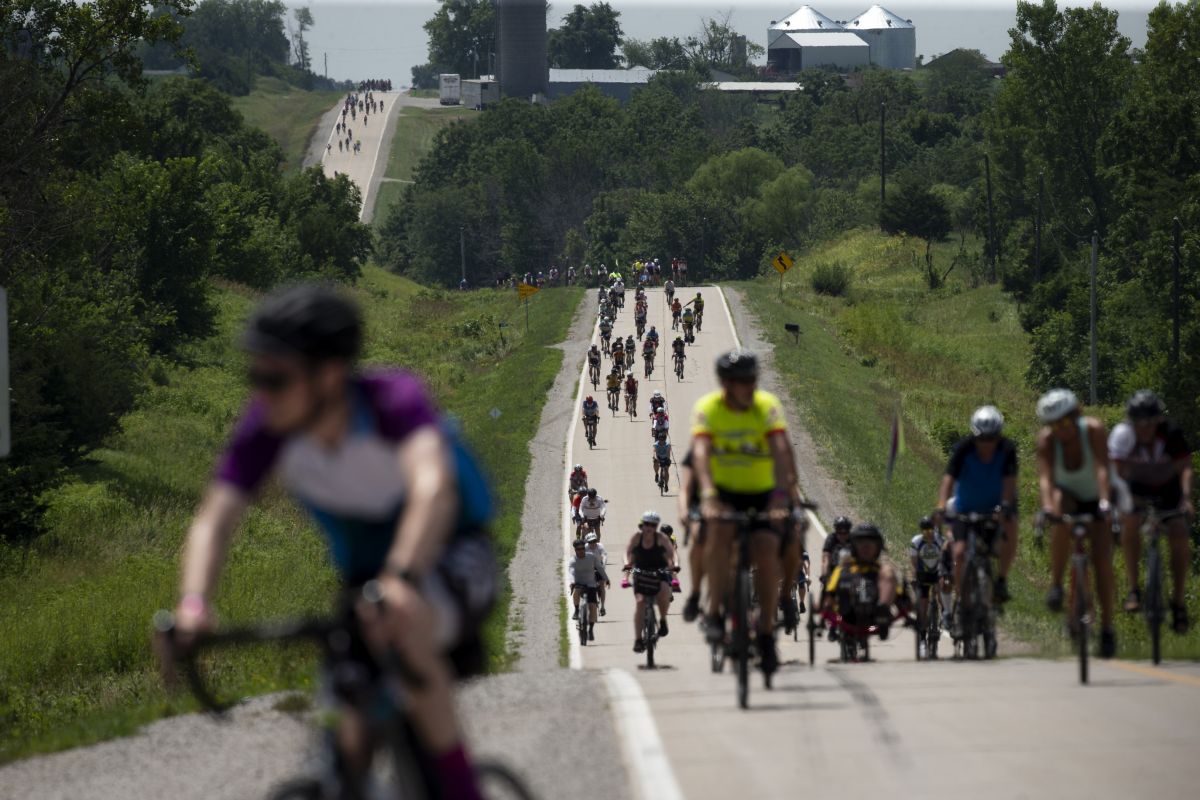 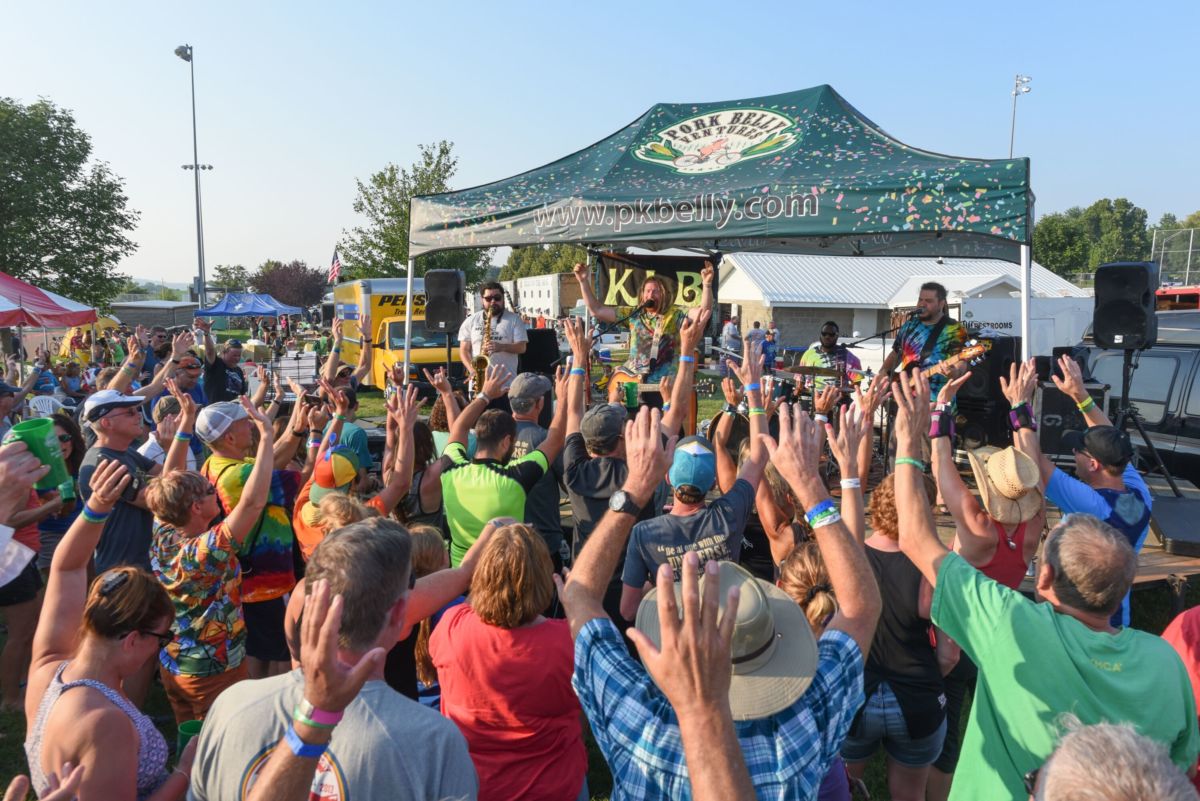 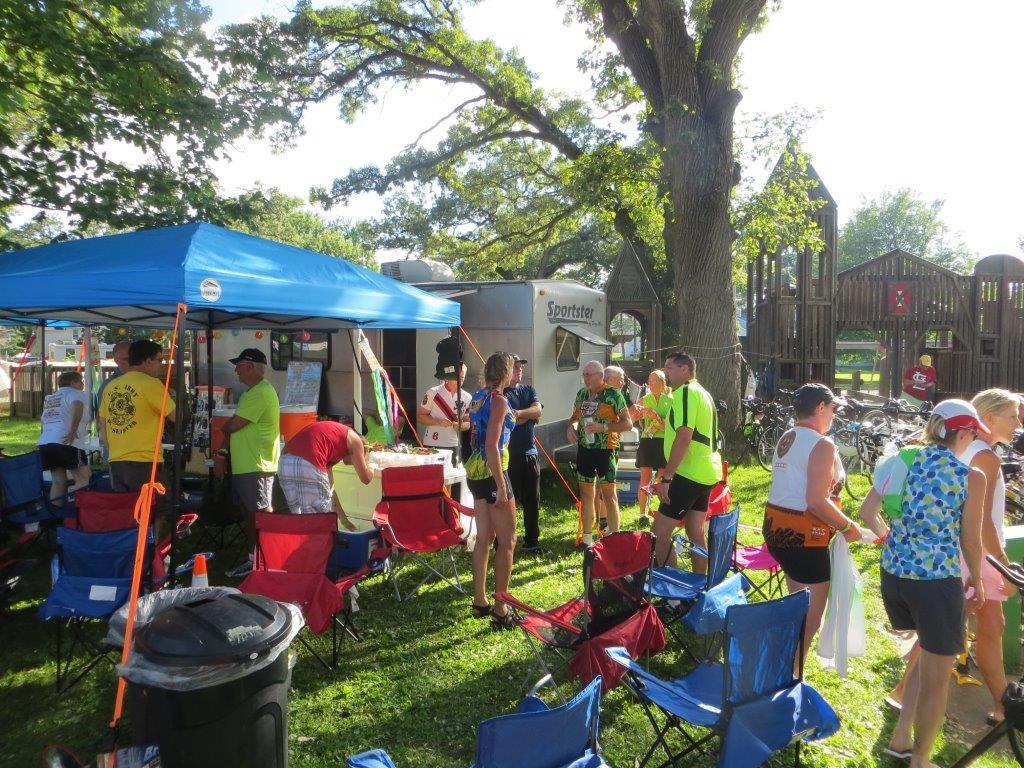 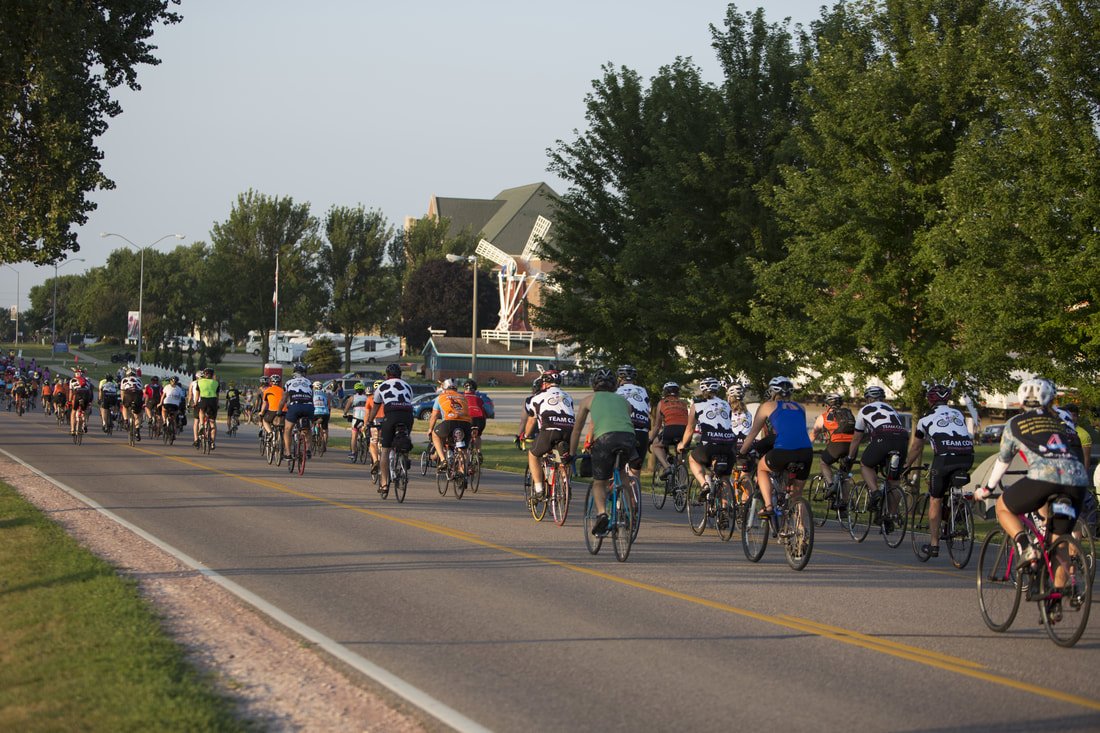 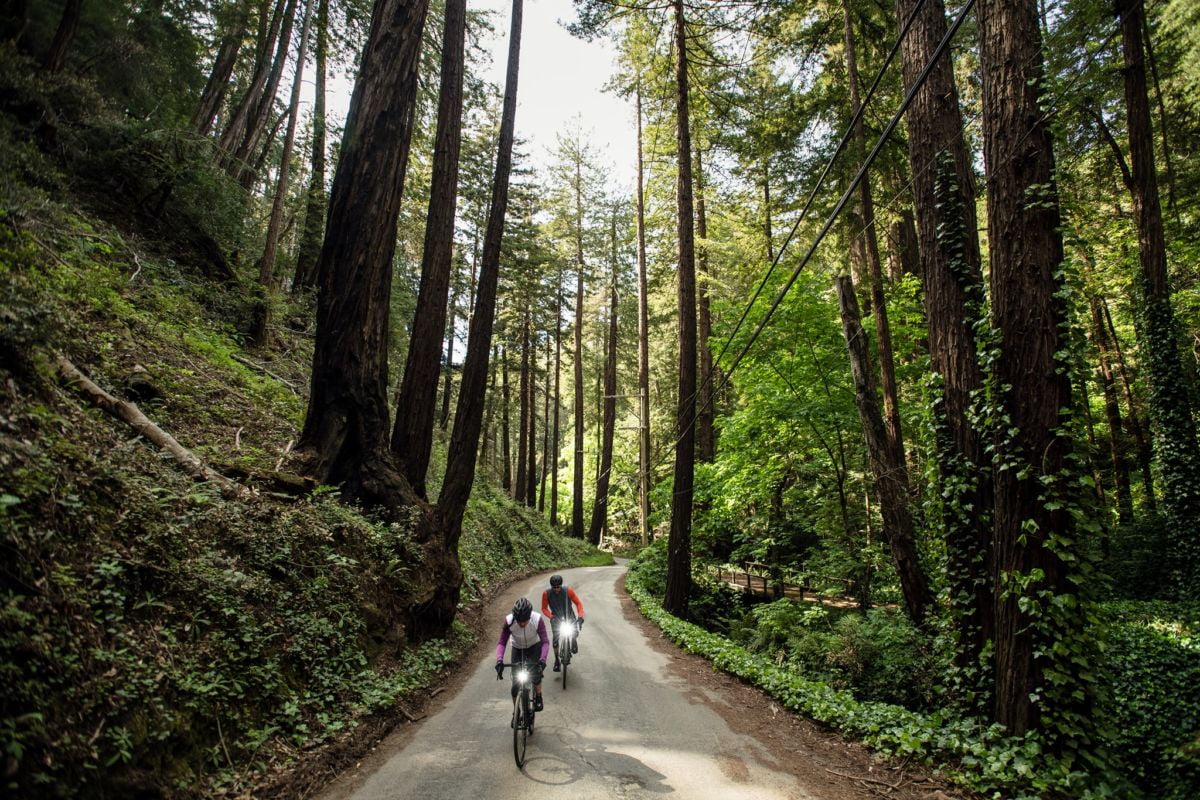 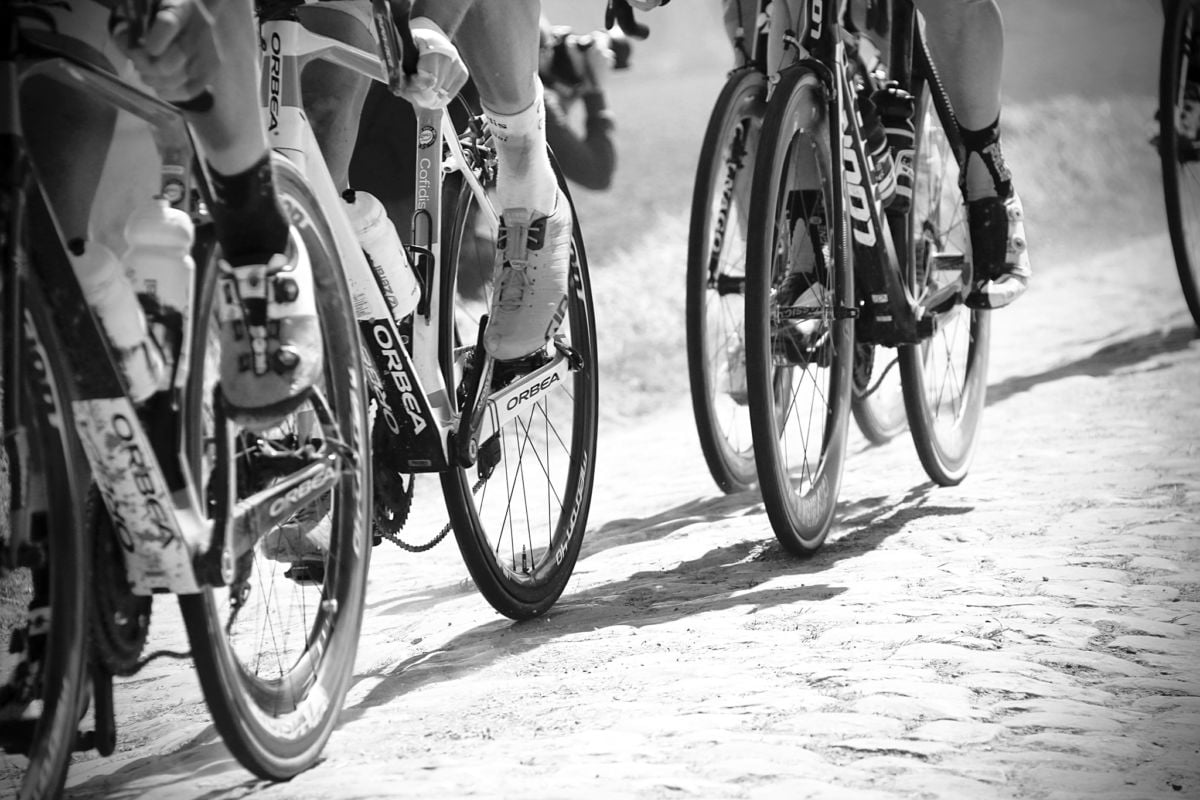 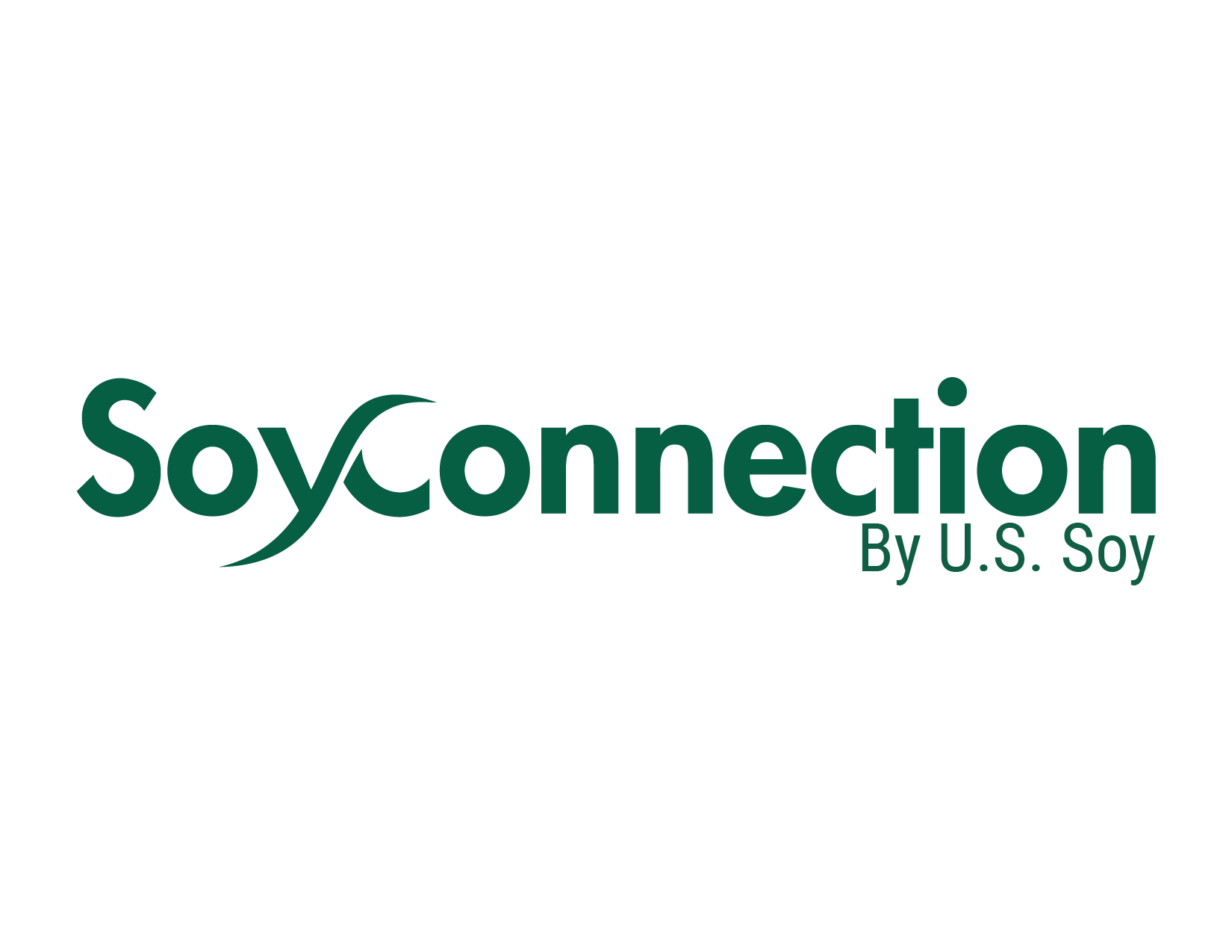 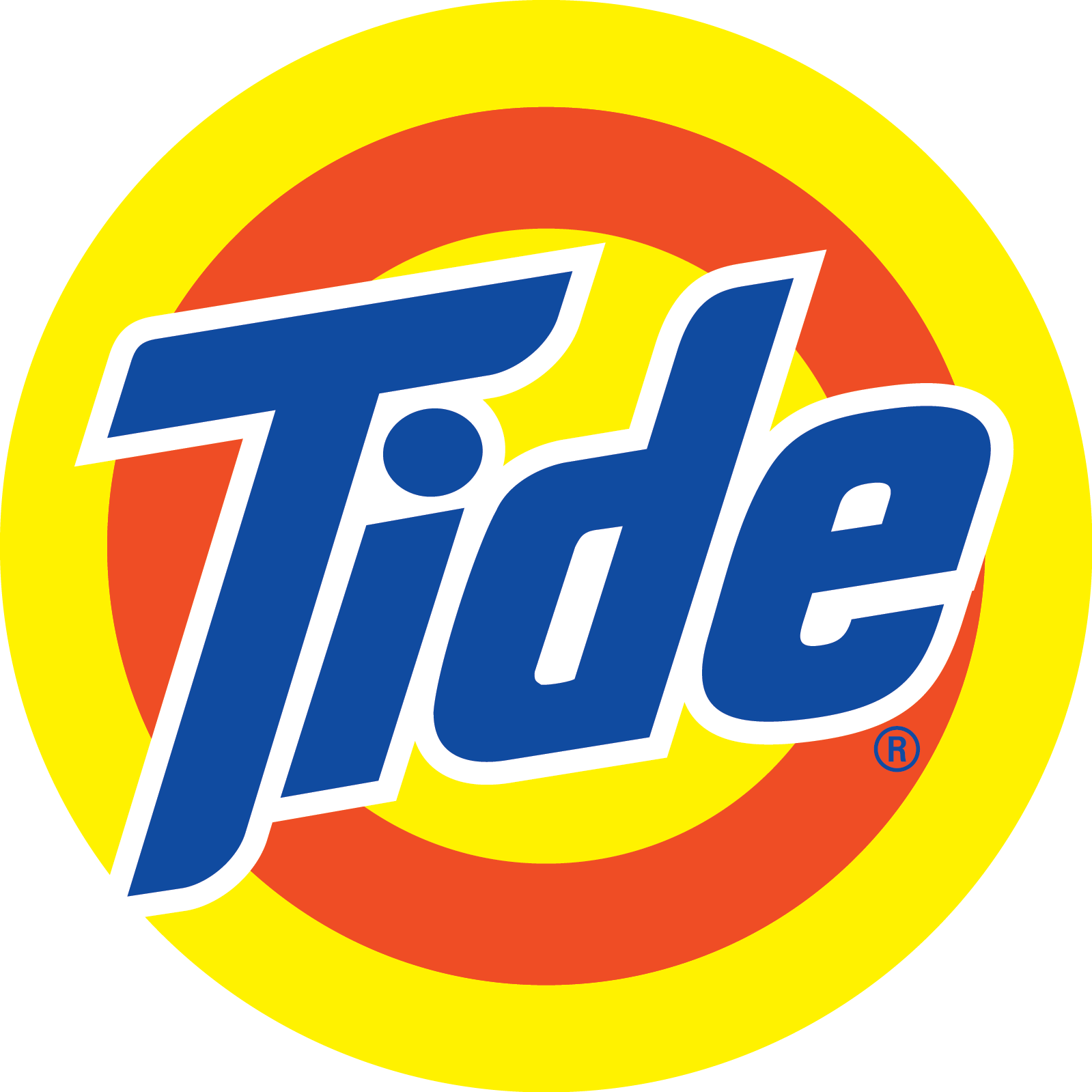 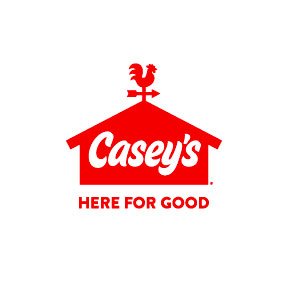