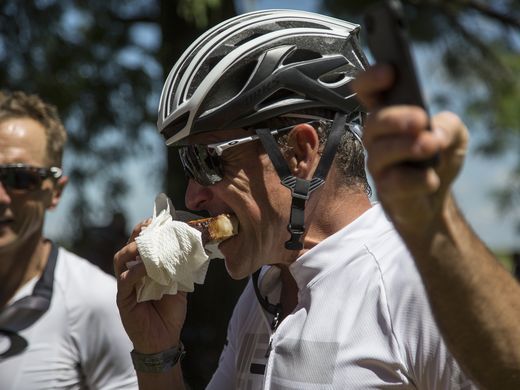 PROTIVIN, Ia. — World-renowned cyclist Lance Armstrong joined Day 5 for another tour of the Register’s Annual Great Bicycle Ride Across Iowa and plans to ride one more day with his crew of celebrity athletes.

Armstrong stopped at the Mr. Pork Chop stand about two miles outside of Protivin on Thursday, where he had a beer and a famous pork chop. He posed for several photos with fans and signed Mr. Pork Chop’s pink bus.

“This ride is always good,” he said.

Armstrong is staying overnight in Cresco, the city said in a tweet. He and his crew were seen later Thursday evening with catered food, tables and chairs set up between two tour buses in a parking lot in Cresco.

Armstrong has won the Tour de France seven consecutive times, but the victories were stripped because of doping. He has since become an annual fixture at RAGBRAI, attracting fans as he eats and drinks along the route.

Charlie Cooper, vice president of membership and development at People for Bikes, said it’s people like those in Armstrong’s crew who help advance his organization’s mission of encouraging biking. He says seeing NASCAR drivers in spandex — an “unlikely” pairing — will hopefully encourage more people to take on challenges such as RAGBRAI or simply add biking to their daily lives.

“It’s a big deal for us to leverage their influence to get more people to ride bikes,” Cooper said.

Also with Armstrong was John Cassimus, a restaurateur from Alabama who just opened a chain of fast-casual restaurants called Zoe’s Kitchen. Cassimus just spent the past two weeks cycling in France and Colorado but says he’s never seen anything like RAGBRAI. He says he plans to ride again next year and bring his friend, country star Luke Bryan. 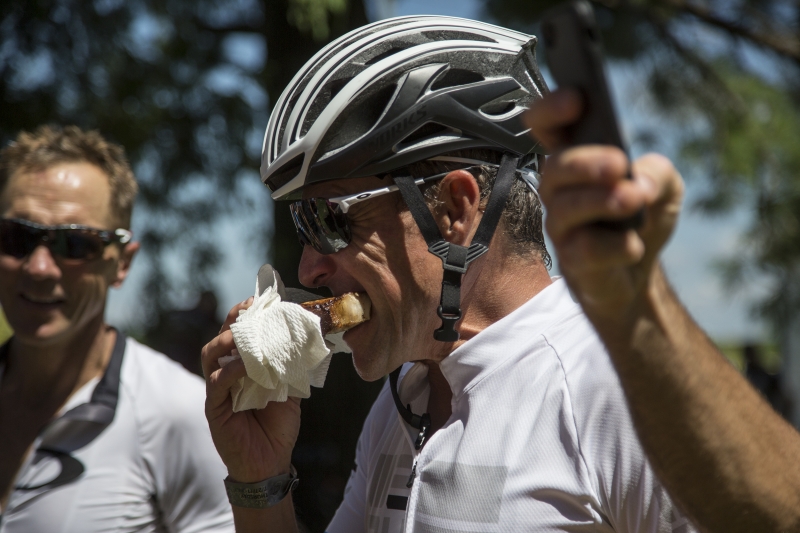 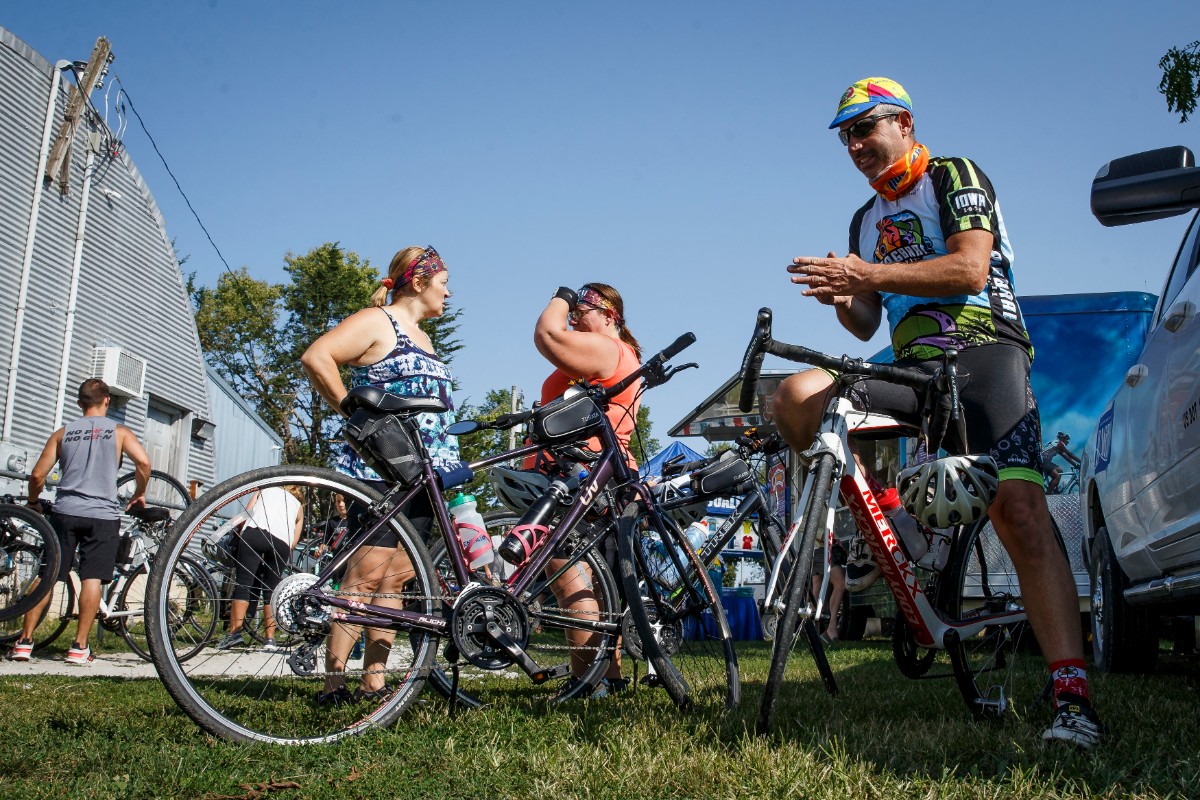