RAGBRAI 2019 route: We're doing something brand-new on this year's southern ride through these 8 towns 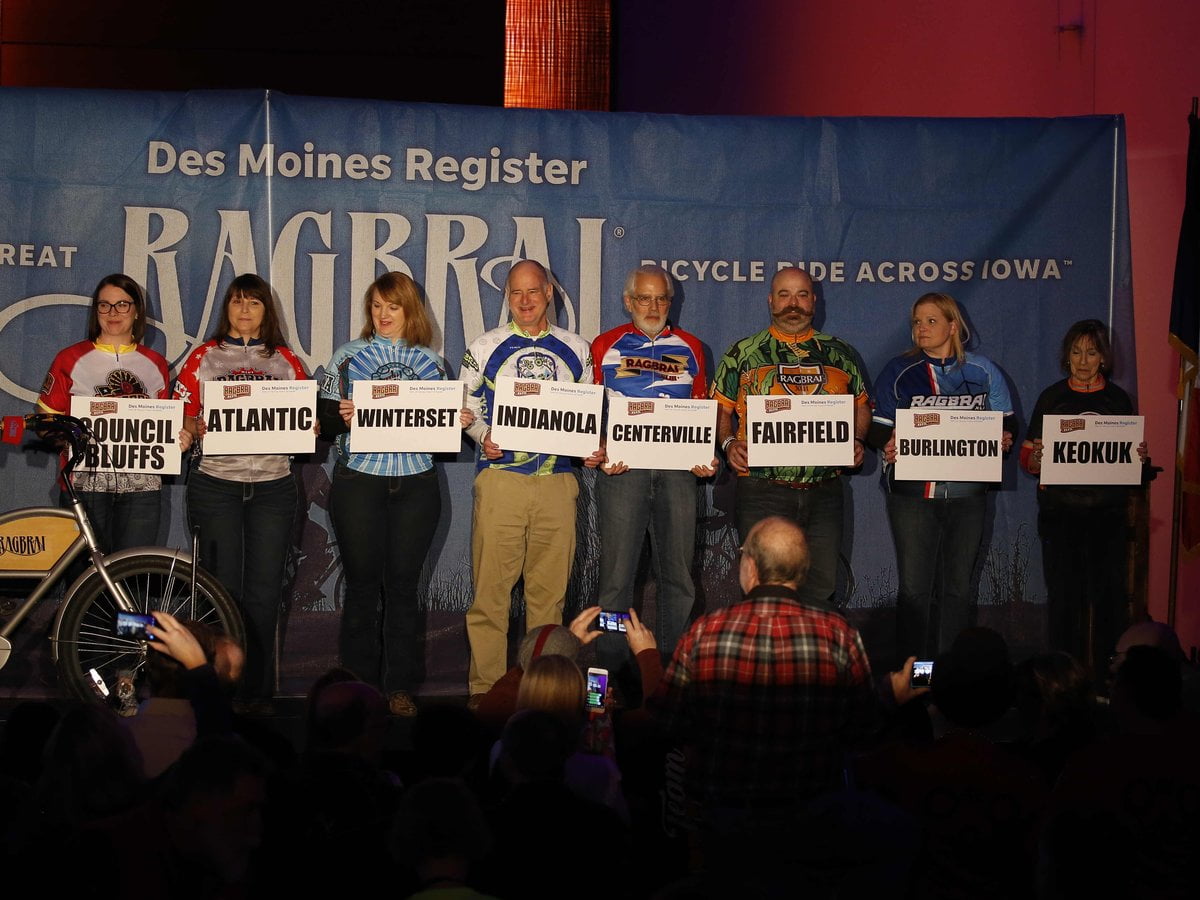 RAGBRAI ushered in dreams of July on a frigid Saturday by announcing the bike ride’s route through south-central and southeast Iowa — and an unprecedented Friday-night stop in a Mississippi River town.

The 2019 Register’s Annual Great Bicycle Ride Across Iowa, which will take place from July 21 to 27, will start in Council Bluffs and end in Keokuk. In between, riders will stop overnight in Atlantic, Winterset, Indianola, Centerville, Fairfield and Burlington.

Clocking in at 427 miles with 14,735 feet of climb, the 47th edition of this roving cycling party is the eighth easiest in route history. The 2019 ride is also the sixth shortest and eighth flattest.

The full route, including pass-through towns and vehicle directions, is expected to be released in March.

Starting on the banks of the Missouri River, riders will progress in a fairly due-east path before turning south on the fourth day toward Centerville. The route bounces north on the fifth day to Fairfield before going south again on the sixth day toward Burlington.

Winterset made the route for just the second time in RAGBRAI history. The land of covered bridges and the birthplace of John Wayne hasn’t hosted riders since 1991, almost 28 years ago.

Keokuk, the southernmost city in Iowa, also hasn’t entertained hungry and thirsty riders for decades with the last time being 27 years ago in 1992.

Home to Simpson College, Indianola is an overnight town for only its second time, too. Its first was in 2009.

Chosen from more than 200 interested towns, the 2019 route will camp in comparatively populous towns, relative to past routes. Every stop-over locale on this year’s route has more than 5,000 residents, and four towns — Council Bluffs, Indianola, Burlington and Keokuk — have more than 10,000. Winterset, with a population of about 5,200, is the smallest stop on the 2019 route.

About 10,000 registered riders, with participants from hailing all 50 states and a host of international locations, descend on Iowa every year to be part of the “oldest, largest and longest recreational bicycle touring event in the world,” according to RAGBRAI.

“We had no plans to turn it into the legendary event it is,” Karras said earlier this month. “We just wanted to go on a bike ride and have the Register pay for our expenses.”

CORRECTION: This story has been updated to correct the dates of RAGBRAI 2019.

Town by town: About RAGBRAI XLVII