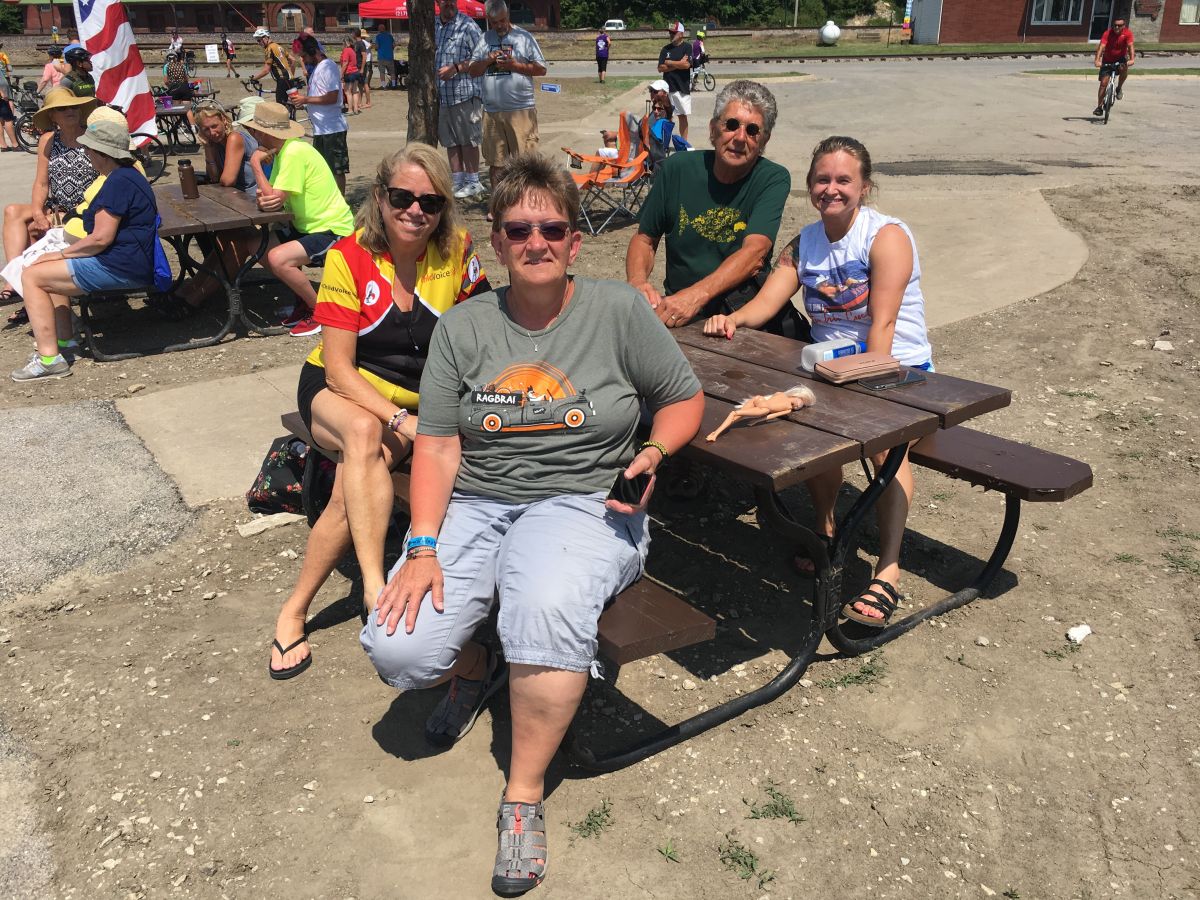 Pamela Goodman, Renae Johnson, John Nolan and Niccole Tate (left to right) sit watching the cyclists come in to dip their bikes in the Mississippi River Saturday, July 27 at Victory Park in Keokuk. Goodman, Johnson and Nolan all helped with logistics for the teams they came with.

KEOKUK ​​​​​​​— The unsung heroes of RAGBRAI are the crews that make it possible.

The primary focus of the ride is the cyclists putting in the miles each day. But supporting them along the route is a caravan of colorful buses and minivans packed to the brim with sleeping bags, bananas and more.

For three years, Renae Johnson of Fairfax, Iowa has supported crews of seven cyclists hoping to go the distance.

“I do bike, but RAGBRAI is not interesting at all to me,” Johnson said. “I don’t like to distance.”

“I like being able to see the guys coming in,” Johnson said. “I like getting in and setting up and knowing where things will be.”

She said the key is to get to the destination town fast to secure good camping spots before most are taken.

John Nolan of Wellman, Iowa has been the support team for his cycling wife for four years.

“The biggest thing I’ve found is to have everything organized in the car,” Nolan said. “Know where each bag goes because we unload the car every night and put it back in every morning. Things can get messy.”

The goal always is to get the “rockstar” parking ​​​​​​​— close enough to make the walk to the car easy, but far enough so you don’t spend time mired in bicycles and lycra.

Nolan said this week he was posted up waiting for the riders to come in and found himself pressed into service as people asked for directions. He was the only one with a map.

“One of the biggest things you can do is just know your way around so you can help other people,” Nolan said.

Pamela Goodman of Exeter, New Hampshire said it was her first time as a support crew member. Goodman said she was surprised by how many people wander around without maps.

She said the key to a good RAGBRAI is to keep things simple. Don’t plan too much for riders who may be coming back from a tough day.

“Let it evolve. Don’t plan anything. Let it go. When they come in, you don’t know if it’s been a good day or a bad day,” Goodman said. “You can tell within about two seconds what the night’s going to be.”

All three crew drivers stressed one challenge in particular: cyclists opting to ride without flashing tail lights at night and in the early morning. At night, Nolan said he would see nearly 100 cyclists still on the road.

“If you want to put something in your paper, tell everybody to get a damn flashing red light,” Nolan said. “Seriously. There are so many people out there riding around without them.”

Odometers were not very accurate.

First RAGBRAI and helped support a group of 7 riders. It is a challenge to make camp stress free for the riders. Thank you to all the other support crews that helped me through our first ride! 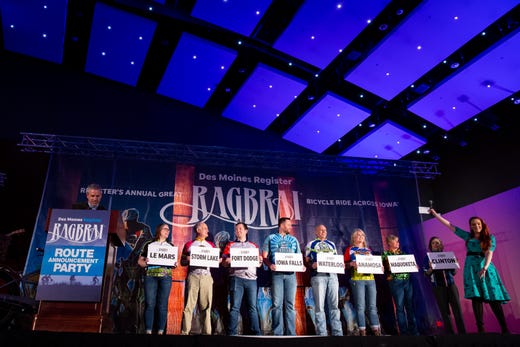